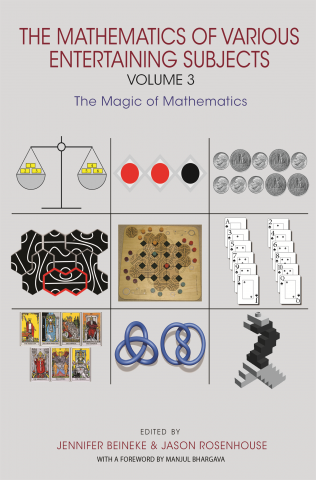 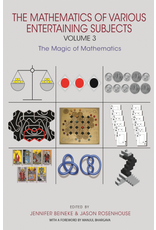 The history of mathematics is replete with examples of major breakthroughs resulting from solutions to recreational problems. The modern theory of probability arose out of problems of concern to gamblers, for example, and modern combinatorics grew out of various games and puzzles. Despite this track record and a wealth of popular-level books, there remain few conduits for research in recreational mathematics. The Mathematics of Various Entertaining Subjects now returns with an all-new third volume, presenting new research in diverse areas of recreational mathematics. This volume focuses on four areas: puzzles and brainteasers, games, algebra and number theory, and geometry and topology. Readers will create Spiral Galaxies, Japanese symmetric grid puzzles consisting of squares and circles whose solutions are letters and numbers; delve into a paradox in the game of Bingo; examine the card tricks of mathematician-philosopher Charles Sanders Peirce; learn about the mathematics behind Legos; and much more. Elucidating the many connections between mathematics and games, The Mathematics of Various Entertaining Subjects is sure to challenge and inspire mathematicians and math enthusiasts.