To find out about shipping rates outside of the United States, please email addi[email protected]

The KenKen Method — Puzzles for Beginners 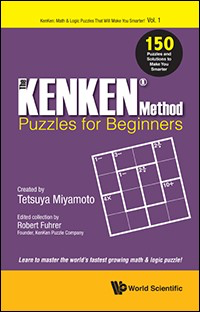 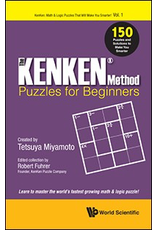 KenKen is the world's fastest growing puzzle since sudoku. It was developed in a Japanese Classroom in 2004 by renowned educator, Tetsuya Miyamoto, and was later introduced internationally as both an adult and educational math and logic puzzle in 2008. Originally intended to improve reasoning, creativity, concentration, and perseverance, this simple yet sophisticated puzzle has since expanded beyond the classroom into a global sensation. KenKen can be found daily in The New York Times and is now available in over 200 publications worldwide.