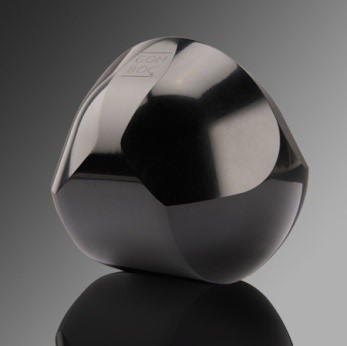 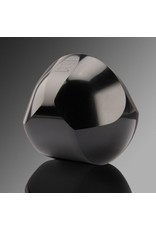 The Gömböc is the first known homogenous object with one stable and one unstable equilibrium point, including two equilibria altogether on a horizontal surface.  It can be proven that no object with less than two equilibria exists.  If placed on a horizontal surface in an arbitrary position, the Gömböc returns to the stable equilibrium point, similar to weeble toys.  While the weebles rely on a weight in the bottom, the Gömböc consists of homogenous material with the shape itself accounting for the self-righting.

The Gömböc LE is the least heavy, least sensitive, and least expensive Gömböc produced so far.  It's made of a material similar to a hard rubber.  It's also an ideal demonstration tool!