To find out about shipping rates outside of the United States, please email [email protected].org. 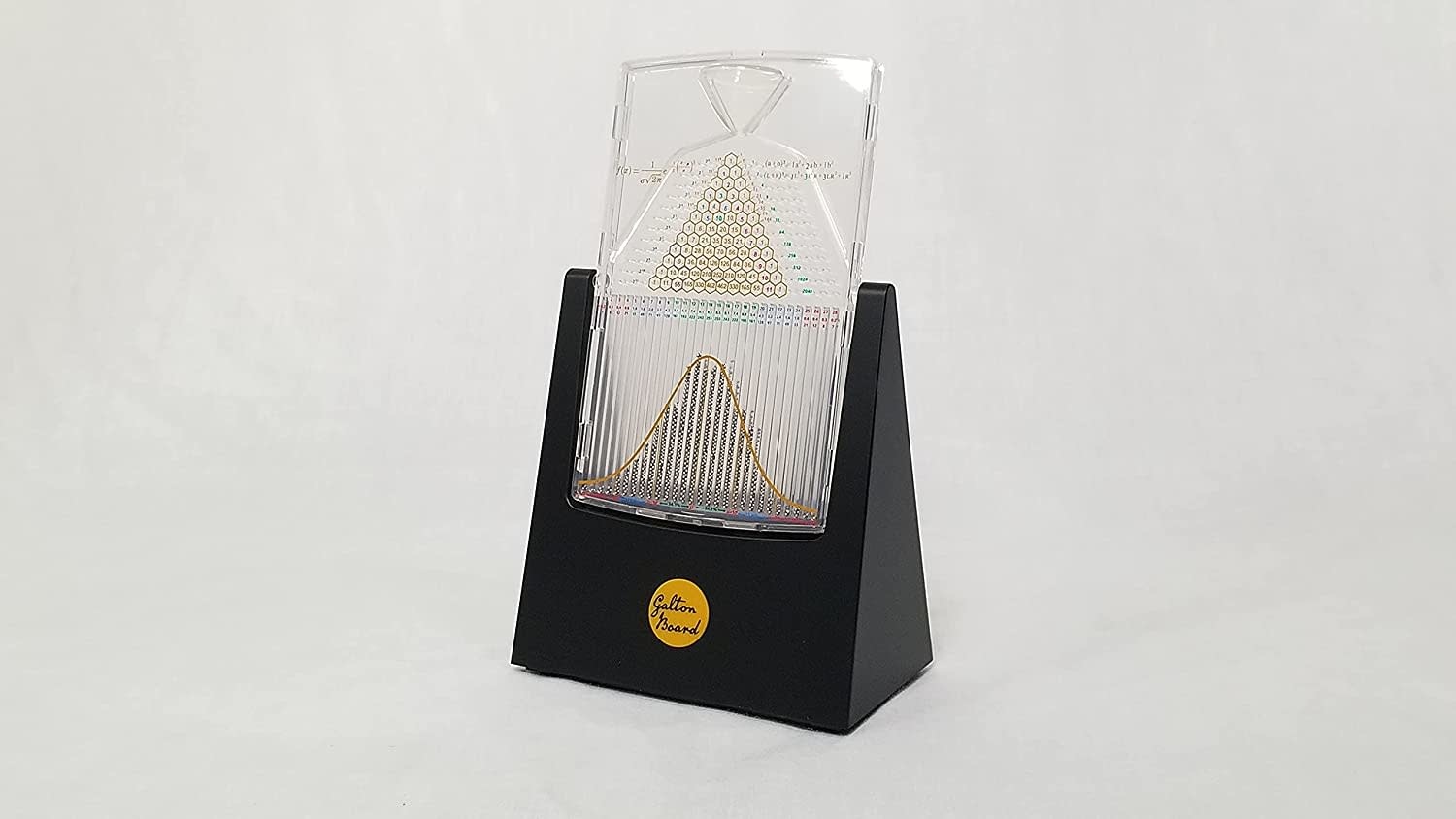 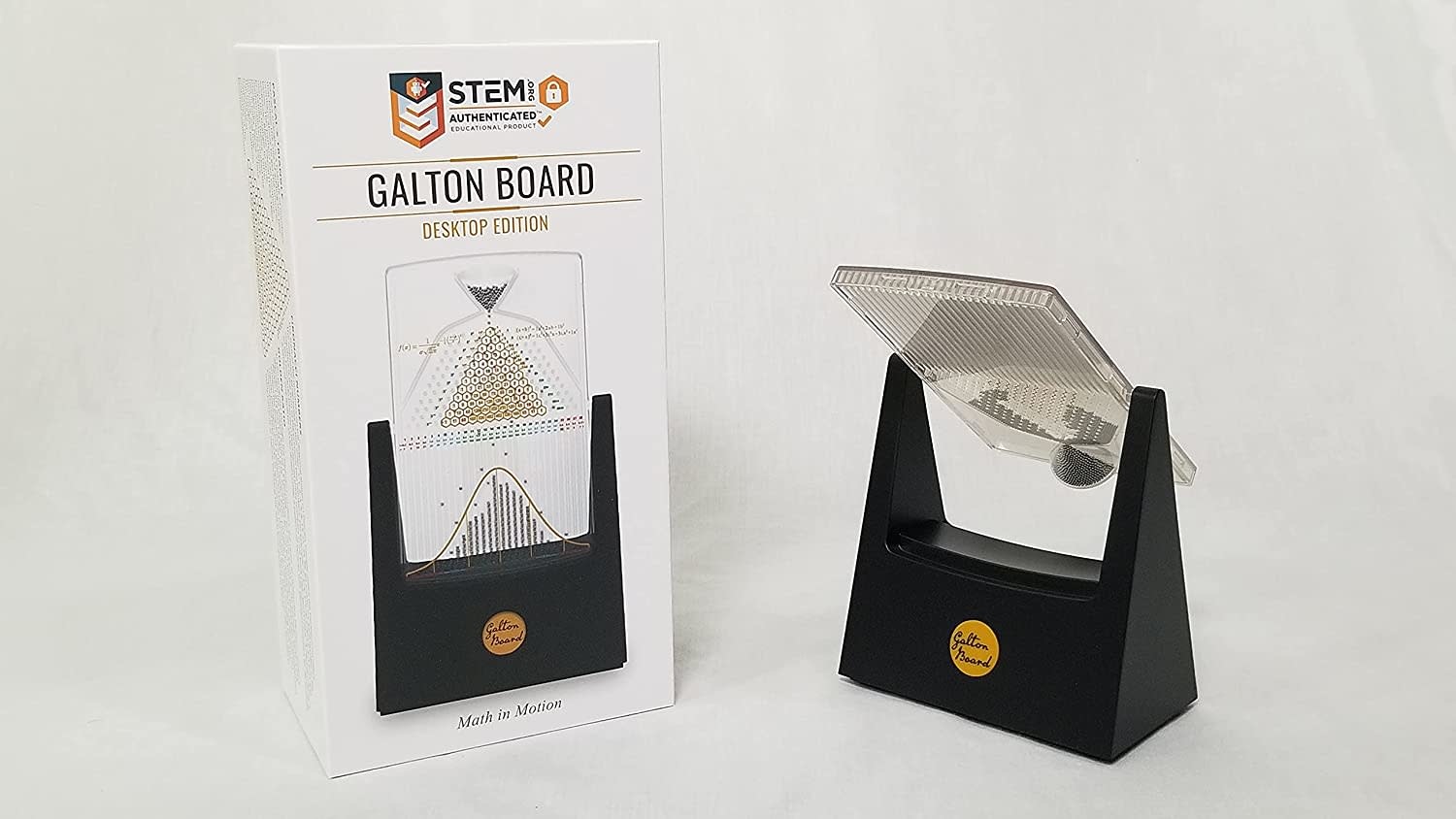 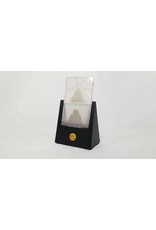 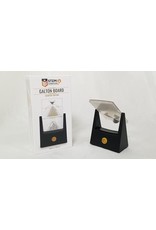 The Galton Board is math in motion, demonstrating centuries-old mathematical concepts in a modern compact device. It incorporates Sir Francis Galton’s illustration of the binomial distribution, which, for a large number of beads approximates the normal distribution. It also superimposes Pascal’s Triangle, which is the triangular array of binomial coefficients. The binomial coefficient positioned at a given peg counts the number of different paths a bead could take to travel from the top peg to that peg. The Fibonacci numbers can be found as the sums of certain diagonals in the array.